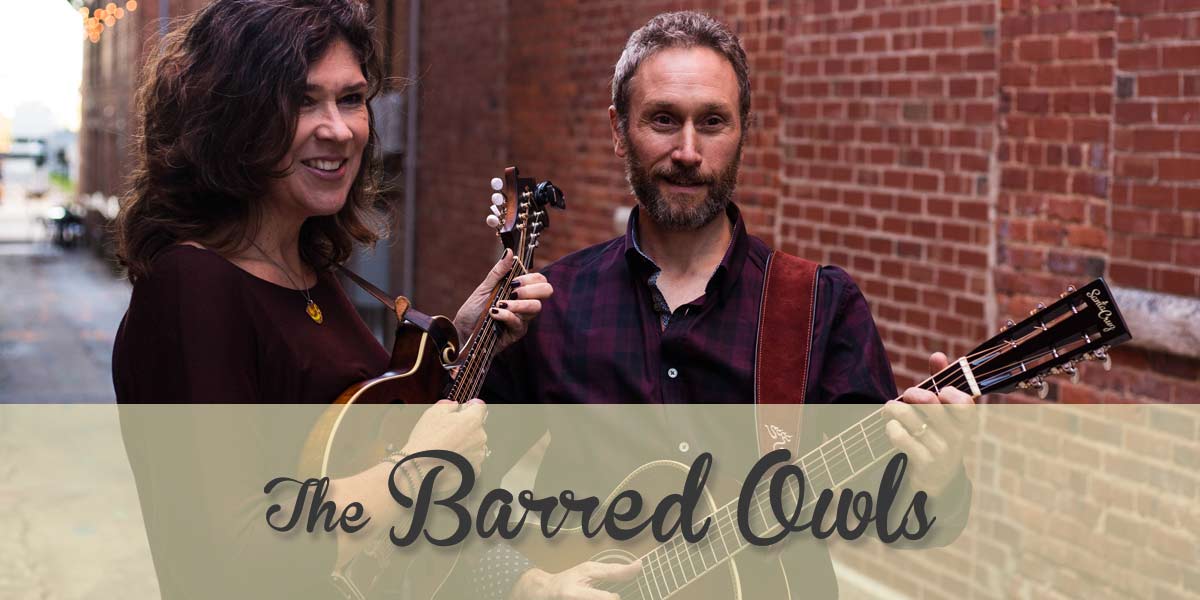 After meeting with their mandolins at the Swannanoa Gathering of 2014 in the beautiful Blue Ridge Mountains, Kate and Scott knew that they were witnessing the birth of something special. Years later through endless love for the art and determination to be heard, The Barred Owls have taken flight as one of the NC Triangle's adored and anticipated acoustic duos. They have been called “hauntingly talented”, and their music described as "the colors of classic 60's folk music, shaded by bluegrass, on a post rock-and-roll palette". With vocal harmonies, mandolins, and guitars, they effectively mix Bluegrass, folk, Americana, Scots-Irish/Celtic/British Isles, and other influences. Their live debut album, "Hoo Cooks for Y'all?", flew out of the nest in 2017 and has been featured on the Back Porch Music radio program. They return to the studio this Spring to record a collection that will include 12 originals, a Bluegrass gospel song, and a set of Scottish fiddle tunes.

Through their "Hoo Cares" initiative, the Owls are deliberate in contributing to philanthropic causes that they feel passionately about. Portions of their proceeds from shows have gone to organizations such as the Carolina Raptor Center, and Hurricane Matthew Relief among others. They hope to expand their base of causes as they perform in the future. 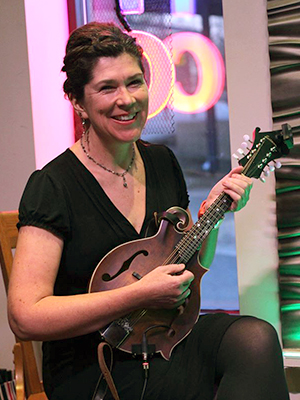 Growing up in family-run pubs in England, Kate was exposed to a strong sense of English folk and traditional music from the likes of Maddy Pryor, Steeleye Span and Kate Bush, but also loved North American songstresses Joni Mitchell and Carole King. Since then she has let the voices of many shape her performance style and brings these influences to her role in The Barred Owls. Kate brings a strong sense of depth and earnestness into their music. 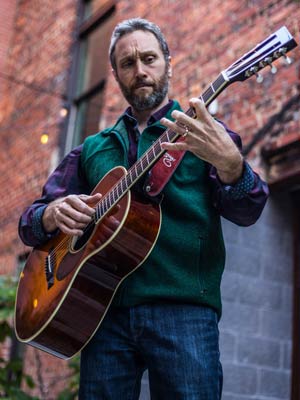 Scott studied guitar with legends like Duck Baker and John McCormick during his twenties and has collaborated with many different groups over the years. His influences include a tight-knit group of bands such as Pentagle, instrumentalists like Pierre Bensuson and Emory Lester, and singers such as Scottish troubadour Archie Fisher and operatic tenor Jussi Björling. Scott aspires to artist Hans Hoffman's mandate to always seek "The Real" in art, music, and life.

Music from "Hoo Cooks for Y'all?" 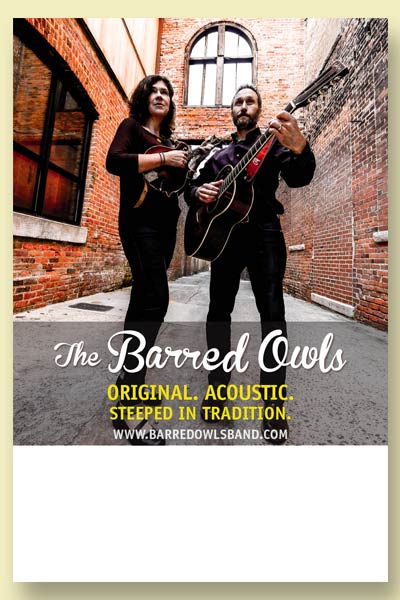 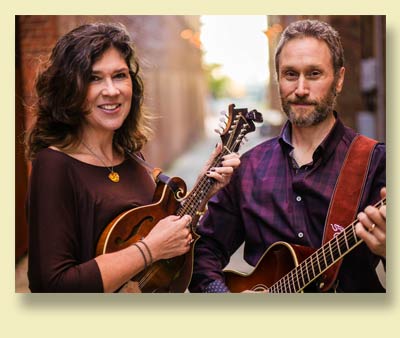 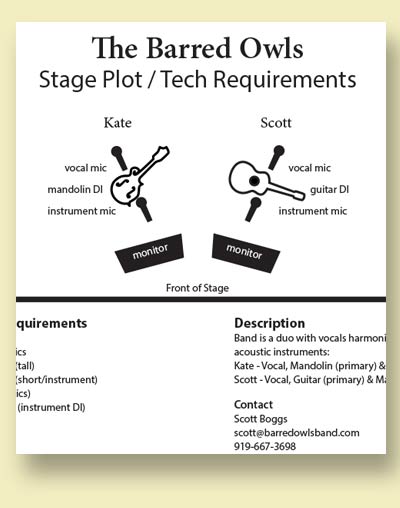 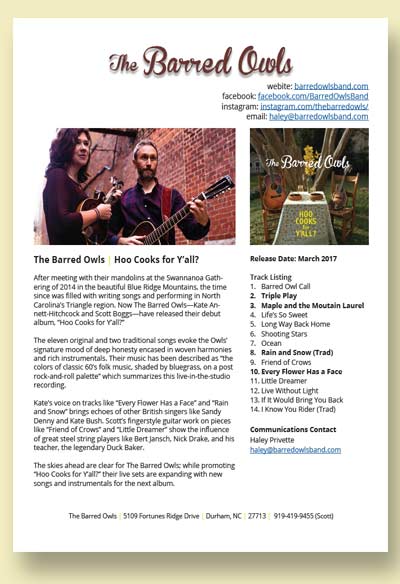